The year 2013 will mark 100 years since the 13th Dalai Lama issued Tibet’s Declaration of Independence from the Manchu Empire.

Tibet House US is honored to be working with US Tibet Committee, Tibetan National Congress, Chushi Gangtruk, Tibetan Community of NY & NJ, Tibetan Youth Congress of NY & NJ and Students for a Free Tibet to commemorate the 100 anniversary of the declaration with an exhibition of rare memorabilia, media and images from independent Tibet, 1913-1950. 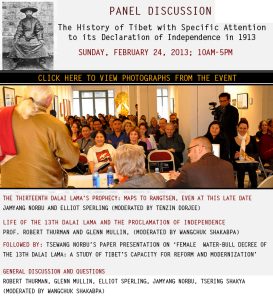 Life of the 13th Dalai Lama and the Proclamation of Independence
Glenn Mullin and Prof. Robert A. F. Thurman AND moderated by Wangchuk Shakabpa 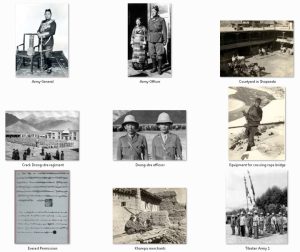