The Tibetan people are uniquely adapted to live on the one million square mile Tibetan plateau, the highest land-mass in the world, averaging 14,000 feet in altitude.

Politically, Tibet is an ancient nation with a recorded history dating back to 127 B.C.E. After uniting the plateau into a single country, the Tibetan Empire reached its peak during the 7th and 8th centuries, conquering parts of Nepal and India, the Silk Route states, and briefly even T’ang China. The Tibetan kings imported Buddhism from India from the 6th to the 9th century, and became so devoted to its teachings of nonviolence and enlightenment that they neglected their military empire.

In the 13th century, Tibet surrendered to the Mongols to avoid an invasion and became a tributary to the Mongol Empire until 1368. During China’s Ming Dynasty (1368-1644), Tibet was completely independent under three Tibetan ruling houses.

In 1642, the Great Fifth Dalai Lama created the Ganden government, with a unique monastic/secular-coordinated administration. This government demilitarized Tibet and officially formed it into a spiritual nation that supported Buddhist education above all, and was economically self-sufficient.

In foreign affairs, the Dalai Lama became the mentor of the new Manchu emperor of Manchuria and China, and received worldly protection for Tibet, in exchange for his providing spiritual teachings to the Manchurians and maintaining the peace with the Mongolians and Uighurs.

In 1904, the British invaded Tibet, to impose trade upon the Tibetan government, and to prevent Tibet’s coming under the protection of Russia.

In 1949 and 1950, the People’s Liberation Army of the People’s Republic of China invaded the eastern provinces of Amdo and Kham.

In 1951, when world governments, including India, England, and the US, declined to confirm Tibet’s inviolate national status, the Chinese government imposed the so-called “17-point Agreement for the Peaceful Liberation of Tibet” on the Tibetan government and soon after marched unopposed into the Tibetan capital of Lhasa. Resistance to the Chinese occupation escalated, particularly in eastern Tibet, and Chinese repression increased dramatically.

By 1959, popular uprisings led to a massacre of Tibetans in Lhasa; His Holiness the Fourteenth Dalai Lama was forced to flee to India for his safety, where he has lived in exile ever since with around 100,000 of his people. Since the invasion, an estimated 1.2 million Tibetans have been killed as a result of the Chinese occupation.

After escaping in 1959, His Holiness the Fourteenth Dalai Lama established a democratic government-in-exile in Dharamsala, India. In 1989, he received the Nobel Peace Prize for his long-term efforts to resolve the Tibetan plight peacefully.

The Manchu army sent troops to Tibet in 1909, prompting the 13th Dalai Lama to escape to India. However, as the Manchu dynasty succumbed to a Chinese revolution, Tibetans seized the moment and expelled the Manchu troops from Tibet.  China’s provisional President, Yuan Shikai, sent a telegram to the 13th Dalai Lama, restoring his earlier titles.  The Dalai Lama spurned these titles, replying that he “intended to exercise both temporal and ecclesiastical rule in Tibet.”

Then, the 13th Dalai Lama returned to Tibet and issued a proclamation to mark the restoration of Tibetan independence.

Click here to read the English translation of the Tibetan Declaration of Independence. 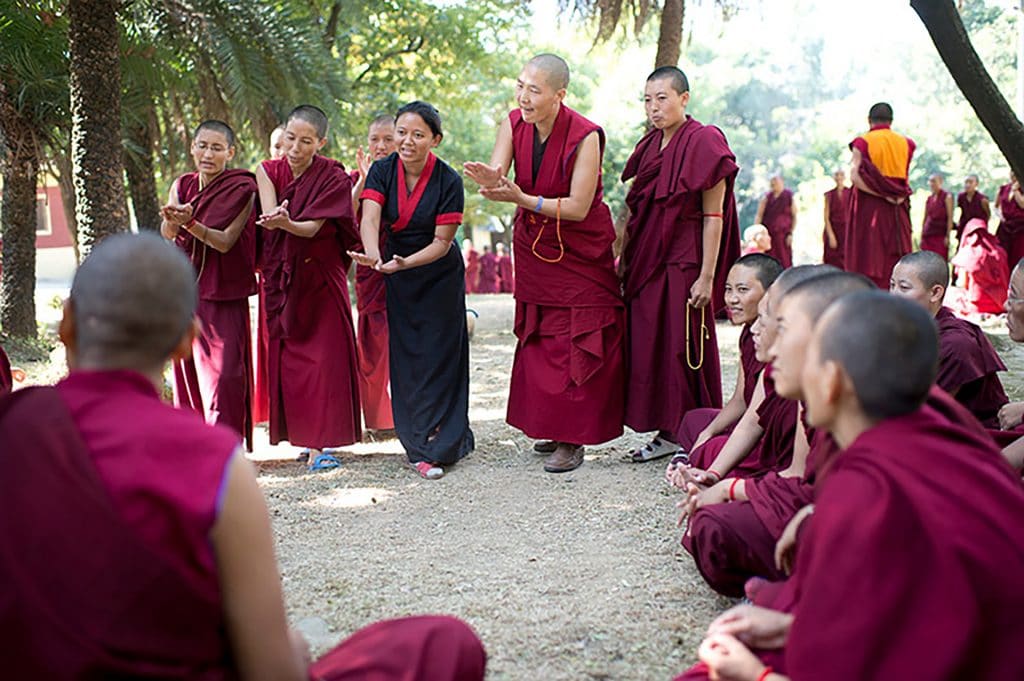 Historical Tibet consisted of three provinces, U-Tsang, Kham, and Amdo, filling the one million square miles of the Tibetan plateau.  The Chinese annexed the whole of Amdo and most of Kham, incorporating the land into bordering Chinese provinces.   The remaining area, the Tibetan U-Tsang province and part of Kham, has been renamed the “Tibet Autonomous Region.”

The “Tibet Autonomous Region” is about one third the size of the original Tibet, and it is this area alone that China officially refers to as “Tibet.”  This explains why, although Tibetans count themselves as 6 million people, the Chinese often set the number at 2 million. 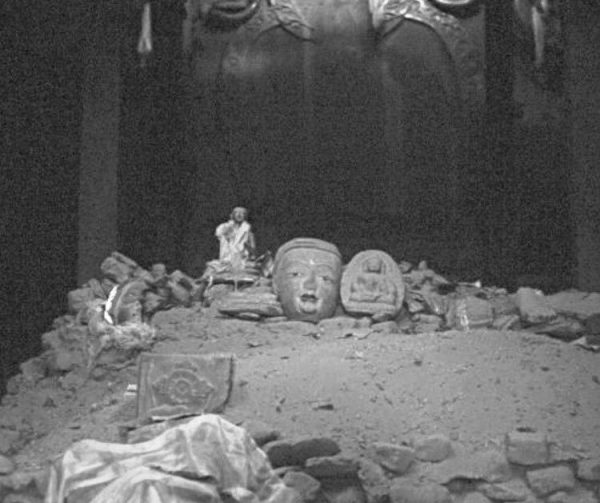 By 1969, approximately 6,250 monasteries, the cultural centers of Tibetan life, had been destroyed.  In the 1980’s, some were rebuilt and reopened, but the Chinese authorities tightly control activities in these monasteries, forcing individual monks and nuns to apply for a permit in order to join.

Strict regulations require an oath of allegiance to communist ideals. Devotion to, and even photographs of, His Holiness the Dalai Lama are banned both inside and outside the monasteries.

Prisons and labor camps are among the most common methods of persecution.  Numerous Tibetans have perished from starvation and hard labor while in captivity. 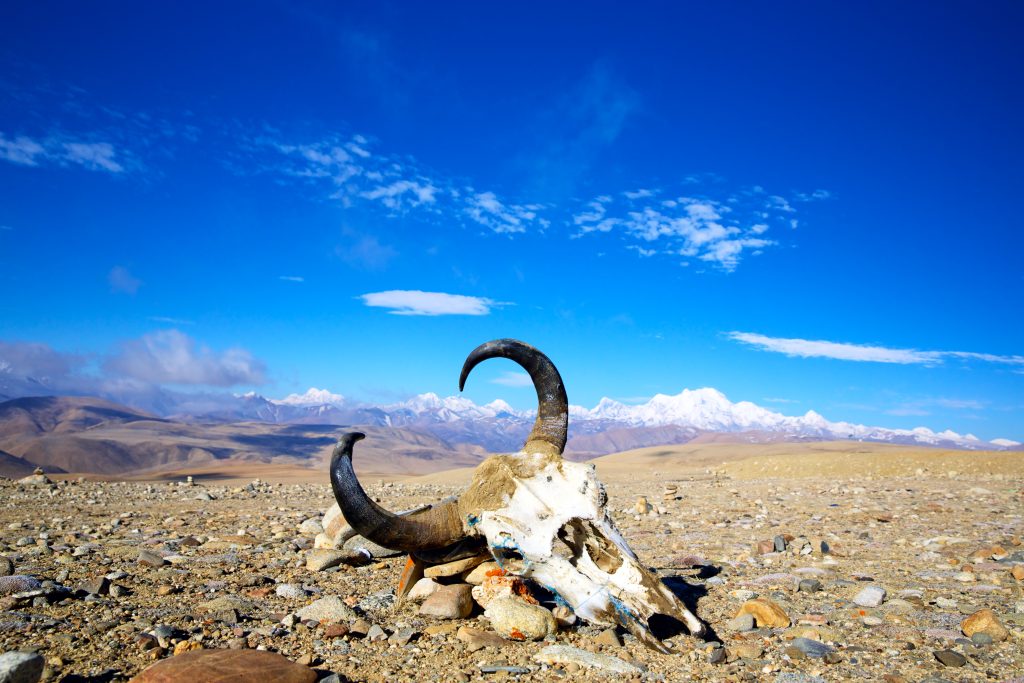 With an average elevation of 14,000 feet, Tibet is literally the highest nation on earth.

More than 15,000 natural lakes are also found in Tibet.  Some of the prominent lakes are Tso Ngonpo (Kokonor lake) being the largest, Mapham Yumtso (Mansarovar),  Namtso, and Yamdrok Tso.  Research figures show that rivers originating from Tibet sustain the lives of 47% of the world’s population, and 85% of Asia’s total population. Thus, the environmental issues affecting Tibet are not inconsequential regional issues, but have global significance warranting international attention.  More than ever before, the need to save the Tibetan Plateau from ecological devastation is urgent.  It is not only the question of the survival of Tibetans, but the survival of half of humanity.

Tibet also had rich and untapped mineral resources. It has deposits of about 126 different minerals accounting for a significant share of the entire world’s reserves of gold, lithium, uranium, chromite, copper, borax and iron.  Tibet has the largest high-grade uranium deposit in the world.  Amdo’s oil fields produce over 1 million tons of crude oil per year.

In Tibet, there are over 532 different species of birds in 57 families.  Some of them include stork, wild swan, Blyth’s kingfisher, goose, jungle flycatcher, redstart, finch, grey-dided thrush, Przewalski’s parrotbill, wagtail, chickadee, large-billed bush warbler, bearded vulture, woodpecker and beautiful nuthatch. The most famous and rare bird is the black-necked crane called trung trung kaynak in Tibetan.

Over 100,000 species of higher plants used to grow in Tibet, many of them rare and endemic. The plant species also include about 2,000 varieties of medicinal plants used in the traditional medical systems of Tibet, China and India. Rhododendron, saffron, bottle-brush, high mountain rhubarb, Himalayan alpine serratula, falconer tree and hellebonne are among the many plants found in Tibet. There are altogether 400 species of rhododendron on the Tibetan Plateau, which make up about 50 percent of the world’s total species. According to Wu and Feng (1992), the Tibetan Plateau is home to over 12,000 species of 1,500 genera of vascular plants.

The Chinese authorities have systematically exploited Tibet’s natural resources, devastating Tibet’s ancient forests and unique wildlife, mining minerals and precious herbs, and using the Tibetan plateau as a nuclear dump site. Construction of the recently completed railway into Lhasa further compromises this naturally fragile ecosystem. The rapid influx of tourists, miners, and Chinese immigrants that the train enables, will continue the trend of environmental destruction unless dramatic steps are taken to protect the land and its resources. 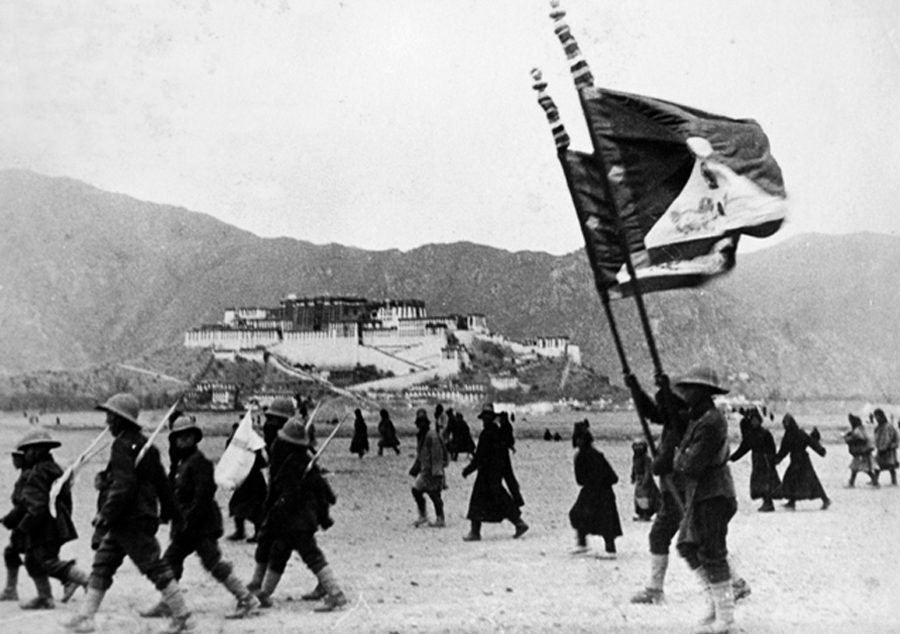 Construction by the Chinese of military installations throughout Tibet, especially within border areas, is increasing.  These military bases wreak their own havoc on the delicate mountain and high plateau ecosystems.  Their effect on Tibetans attempting to flee to safety outside Tibet or to visit their spiritual leader, His Holiness the Dalai Lama, in India, is even more profound.  Chinese border patrols stationed at these military bases routinely shoot at Tibetan refugees or arrest them for trying to leave the country, making the naturally arduous passage over high mountains to Nepal even more dangerous. 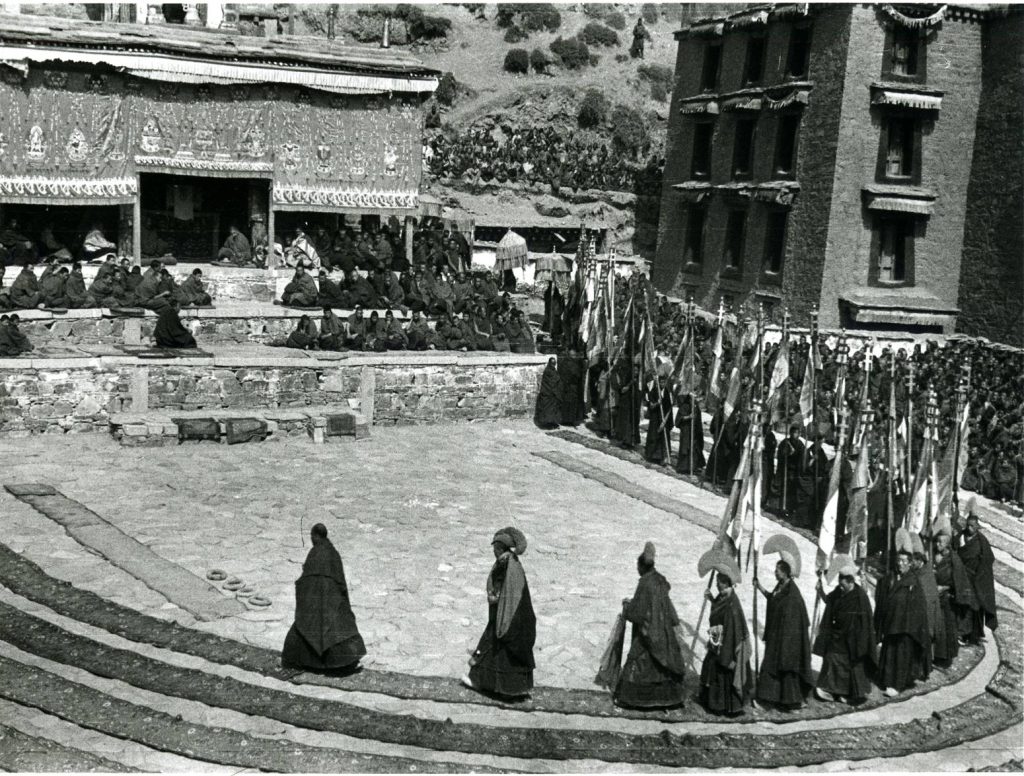 The most serious threat facing Tibetans is the systematic transfer of Chinese colonists into Tibet. Prior to 1949, there were very few Chinese in Tibet, and most of them were merchants.

More than 8 million Chinese have now settled in Tibet, a population transfer that threatens to overwhelm the remaining 6 million Tibetans and their distinct ancient Buddhist culture.