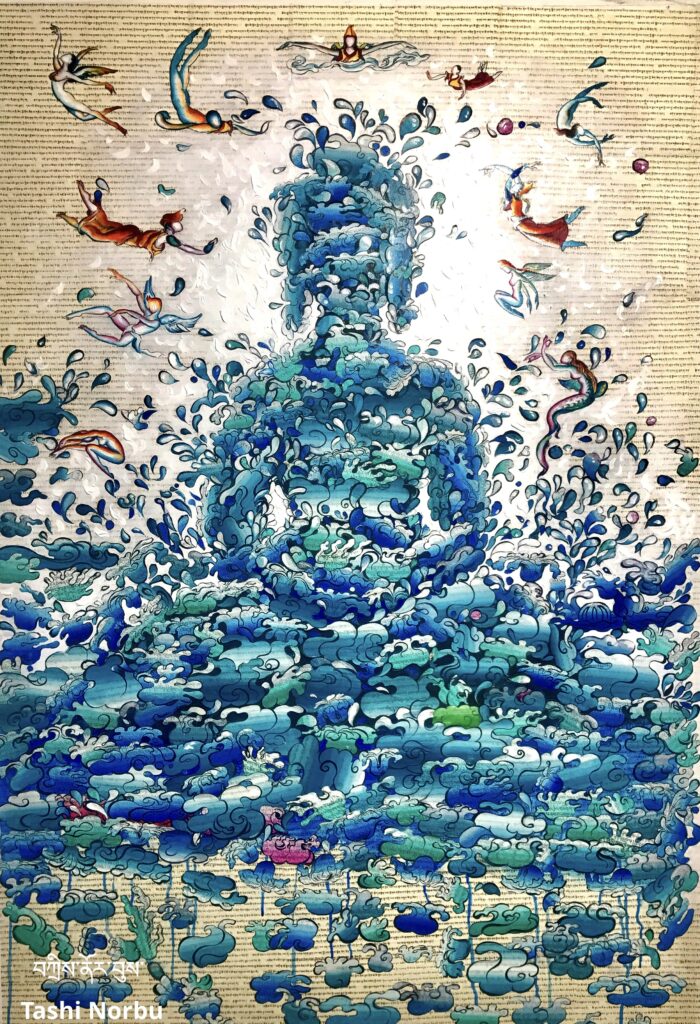 The Third Pole encompasses the Tibetan Plateau and surrounding Hindu Kush Himalayas Mountain range with the world’s eight highest peaks. Its ice fields and over 46,000 glaciers contain the world’s third largest reserve of freshwater after the Arctic and Antarctic polar regions. This crucial geopolitical zone is the source of ten major river systems that provide water, irrigation, and hydropower to 250 million within the region and over 1.9 billion people in Asia – over 24% of the world’s population.

Changes in climate are increasing glacier and snow melt and threatening the region’s food and water security particularly in China and India, the fastest growing economies of the 21st century. A 2019 ICIMOD Report warned that if greenhouse gas emissions continue at current levels, the region could lose two-thirds of its glaciers and ice by the end of this century.

I really appreciate that more and more people are showing concern for the environment. Ultimately water is the basis of our lives. Over the coming years we have a responsibility to take steps to preserve the great rivers that are the source of water for so many. Within my lifetime I’ve seen a reduction of snowfall in Tibet and a consequent reduction in the volume of the rivers. In the past, we took water for granted. We felt we could make unrestricted use of it without giving much thought to where it came from. Now, we need to be more careful about preserving our water sources. I believe that we have the technology to transform salt water, sea-water, into sweet water with which we could green the deserts in many places and grow more food. Now, we have a responsibility to ensure that future generations will continue to enjoy clean water. This is a way of expressing compassion for them. If we don’t make the effort, there is a risk of our world becoming a desert. If that happens this beautiful blue planet may become just an arid, white rock with no water.