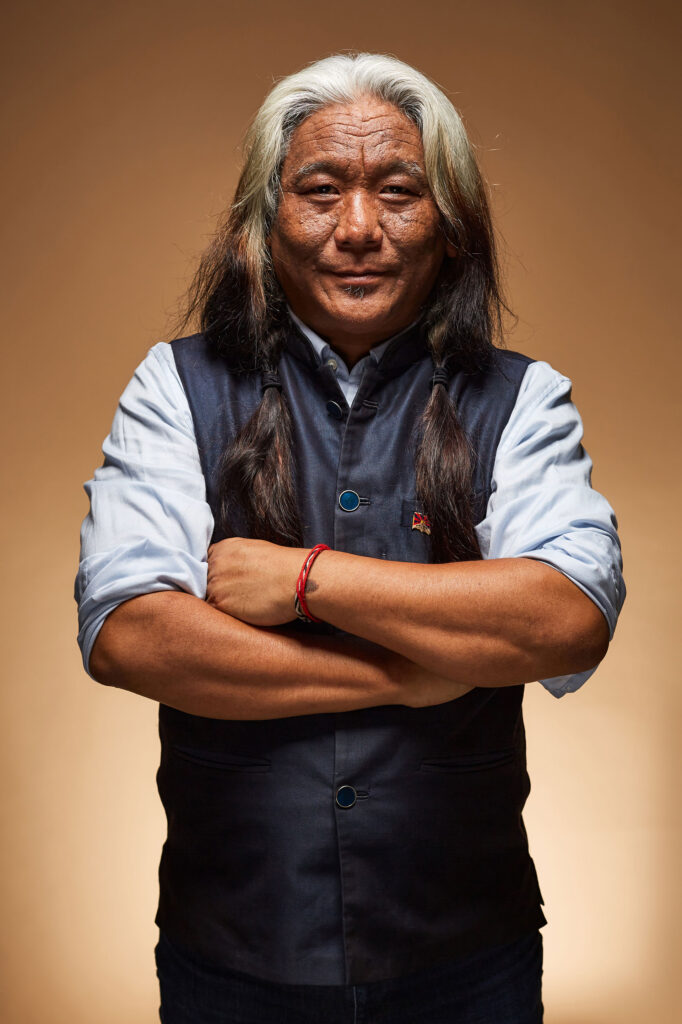 Tenzin Choegyal is a Tibetan artist, composer, activist, musical director, and cultural ambassador, and one of the world’s finest musicians in the Tibetan tradition. As a son of Tibetan nomads, he feels a particular connection to the music of the high Himalayan plateau. Forced into exile in India as his family fled the repression in Tibet, he now resides in Australia.

As a child, Tenzin would listen to his mother singing in the nomadic lineage, often noting her as an early influence of his passion for singing. He plays lingbu (bamboo flute) and dranyen (3-stringed Tibetan lute) though he is best known for his extraordinary vocal ability and performance of droklu, the nomadic music of his parents.

He channels the wisdom and traditions of his ancestors through his songs and compositions. While proudly continuing the unbroken lineage which is central to his music, Tenzin also embraces opportunities to take his music into more contemporary, uncharted territory.

In a career spanning more than 30 years Tenzin has performed at festivals across Australia and curated numerous events and concerts including Brisbane’s annual Festival of Tibet. He has performed in New Zealand, Japan, India, Germany, Bangladesh, Russia and USA, including performances at New York’s Carnegie Hall.

Tenzin has nine independent albums, three of them with his fusion band Tibet2Timbuk2, and regularly performs with Camerata Queenslan’s Chamber Orchestra. His collaborative albums include The Last Dalai Lama? with Philip Glass, winner of Queensland Music Award Crane Song with Tibet2Timbuk2, Peradam by Soundwalk Collective and the 2021 Grammy-nominated Songs from the Bardo with his longtime friend and collaborator Jesse Paris Smith and Laurie Anderson – a moving interpretation of the Tibetan Book of the Dead. Tenzin has a new album “Yeshi Dolma” with Camerata – Queensland’s Chamber Orchestra.